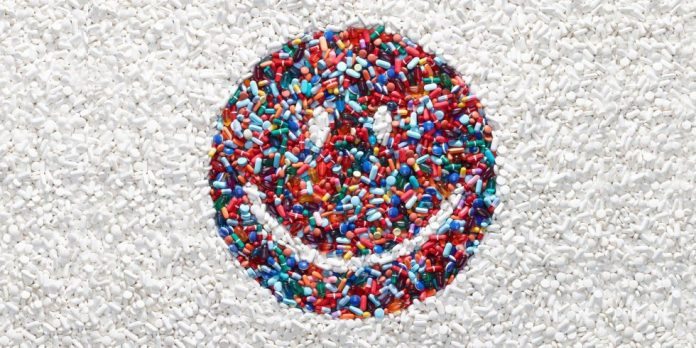 Everybody wants to “have a good time” and sometimes they end up taking substances that they feel will enhance the experience. Random parties today are laden with “uppers” – from pretty pills to powdered lines to stamps that promise colorful hallucinations. In fact, one disturbing update from the European clubbing scene suggests that revelers have now taken to snorting unsweetened cocoa powder. What once used to be a treat for a child, is now being polluted into something that youngsters resort to for a little bit of sweet debauchery. One of the major chemical substances that used to be a cult favorite in small UK clubs and that slowly spread across Europe and has become somewhat of a growing epidemic that has reached the far stretches of Asia and even the United States is Methylenedioxymethamphetamine or MDMA.

The reason many people, especially youngsters with money to spare, are using MDMA is because it is considered as a good quality, expensive drug that apparently get the user hooked. While other popular 90s substances like cocaine and methamphetamine (Meth) have been around for longer and have shown the horrific results of prolonged use, MDMA is still relatively new and hasn’t yet proven to be fateful to those who consume it. But, like every other substance, whether healthy or not, affects the brain and mind through the chemical reactions they cause, MDMA has proven to be more of a silent rot than an outburst of negative effects. Those who consume usually either take it orally through “molly” pills or crystals or snort it in crushed and powdered form, though it is not injected. The immediate rush that one feels includes a sudden euphoria and happiness, though the other physical affects include grinding of the teeth (bruxism), losing sense of time and loss of appetite. “Downers” are experienced as well and involve feeling depressed, irritable and listless.

So let’s get down to the scientific affects of consuming MDMA. Ecstasy, as it is most popularly called, affects three major chemical messengers of the brain: serotonin, norepinephrine and dopamine. As you probably know, these natural brain chemicals affect moods. That’s why consumption of MDMA gets the user feeling euphoric, sociable and with an elevated sense of mind, inner peace and smiling wide like an idiot. But, what people don’t understand is that the chemicals in the drug act like thieves in the brain, silently affecting important aspects like memory, depression, confusion and spaciness. What MDMA does is basically lie to the brain that everything is fine and dandy, but at the same time twists the cognitive part that causes one to feel that they are in a negative space for days after usage, as the chemicals slowly make their way out of the system. Truth be told, no one is really free from the clutches of the drug and will find themselves nudging their way back time and time again to get that same warm fuzzy (and fake) feeling inside. Though you may fool yourself that you’re off the drug and won’t be using it again, there is a slim chance that you will be off any and all other substances that can bring back even a shadow of the same effects that ecstasy has – including cannabis, alcohol and other intoxicants.